In people with inflammatory bowel disease (IBD) such as Crohn’s disease or ulcerative colitis, the immune system fights parts of their own body, which leads to chronic inflammation of the gastrointestinal tract, which flares up again and again in flare-ups. The sufferers suffer from chronic diarrhea, fever and pain, as well as psychological stress. Around 320,000 people are affected in Germany, so far there is no cure. The intestinal microbiome obviously plays an important role in the development and progression of the disease, i.e. the sum of all microbes living in the intestine. Numerous scientific studies have now pointed this out. But which specific intestinal bacteria are decisive here and which molecular mechanisms underlie the development of the disease is still largely unknown. The new research group “miTarget: The microbiome as a therapeutic target for inflammatory bowel diseases” wants to change that in Kiel. The German Research Foundation (DFG) will fund the research group from the beginning of 2020 to the end of 2023 with a total of seven million euros. The spokesperson for the consortium is Professor Andre Franke, Director of the Institute for Clinical Molecular Biology (IKBM) at Christian-Albrechts-University Kiel (CAU) and member of the board of the Cluster of Excellence “Precision Medicine for Chronic Inflammatory Diseases” (PMI). Scientists from the IKMB of the CAU, the University of Lübeck, the Research Center Borstel and the Max Planck Institute in Plön are mainly involved.

“Our goal of using the microbiome as a target for more targeted therapy and diagnosis is an example of the overarching goal of the Cluster of Excellence PMI to treat various chronic inflammatory diseases more individually and more precisely, ie more precisely, in the future,” says Professor Andre Franke. “In this way, the findings from miTarget can also significantly advance the work of the PMI Cluster of Excellence, while of course we also benefit greatly from the networks and experiences in the cluster.”

miTarget is one of eight new research groups that will be funded by the German Research Foundation (DFG) from 2020. DFG research groups are one of the most important funding programs of the DFG. 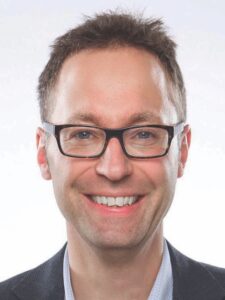